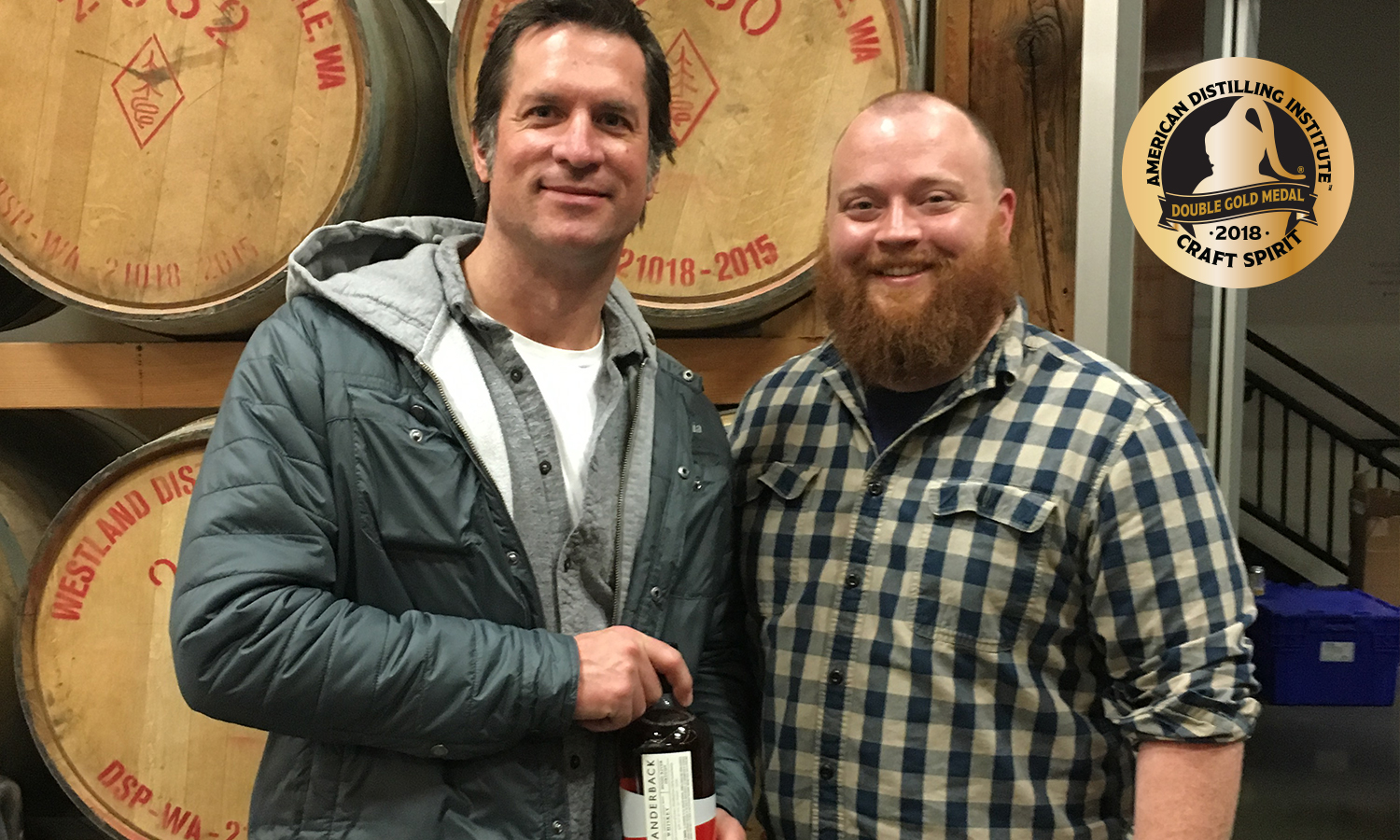 Batch No. 1 is an exceptional American Single Malt made from a mix of four flavorful pacific northwest barley malts, distilled using copper pot stills, and aged in new American oak barrels. Judges from the American Distillers Institute noted in particular that Batch No. 1 (which has notes of toffee, hazelnut, all spice, sandalwood and star fruit) has a “very nice balance” with a “long finish”.

Unlike many new whiskey makers, Founder Phil Downer celebrates the fact that there are no imminent plans in place to build his own distilling facility. Instead, he partners with some of the most well-respected names in the industry to create a product that is—in true Pacific Northwest stye—centered on collaboration.

Wanderback’s production method explores a unique twist on the long-standing tradition in the whiskey business of independent bottling. Instead of searching for whiskey casks post-production, Phil runs a kinetic trial-and-error process to create his desired grain bill and mash recipe. The whiskey is then mashed, fermented, and distilled at the partner distillery before being transferred to family farm in Hood River, Oregon where it is barrel-aged, finished, blended, and bottled.

For Batch No. 1, Phil partnered with award winning Master Distiller Matt Hofmann and the team from Westland Distillery in Seattle, WA. “It was a true pleasure to work side by side with Phil,” reflects Hofmann. “I enjoyed the opportunity to collaborate with Wanderback, and I’m proud of the unique single-malt that we produced together.”

The horizon is broad for Wanderback as discussions with several other distilleries open new opportunities for collaboration. “The double gold award from ADI validates our unprecedented production model.” says Phil, who is completing his Brewing and Distilling Diploma at the famed Heriot Watt University in Scotland. “We’re excited to carry this momentum and engage with more quality distilleries across the country to add new, bold flavors to the malt whiskey landscape.”

Wanderback Whiskey Co. is an award-winning craft whiskey distillery with an unprecedented production method that begins with the creative expertise of Founder Phil Downer and engages the mastery of head distillers from around the country to create one-off whiskeys that explore new angles on high-end American malt whiskey. See the latest on Facebook and Instagram.

Westland Distillery (founded in 2010 in Seattle, WA)  is leading the emergence of the American Single Malt Whiskey category. Distilled, matured and bottled in the heart of the Pacific Northwest, their whiskies bring a new and distinctly American voice to the world of single malt.

IT’S ALL IN THE FINISH: EX-RUM CASKS FOR BATCH NO. 2

Beyond the Barrel: Batch No. 1’s Magical Mash
Scroll to top